I’ve been a fan of Robyn’s wonderfully comic and sexy tales for some time, so when she asked if I wanted to come play in her Magic and Mayhem universe, I did cartwheels! (figurative cartwheels, because these hips don’t lie)

USA Today bestselling author Angela Roquet is a great big weirdo. She collects Danger Girl comic books, owls, skulls, random craft supplies, and all things Joss Whedon. She’s a fan of renewable energy, marriage equality, and religious tolerance. As long as whatever you’re doing isn’t hurting anyone, she’s a fan of you, too.

Angela lives in Missouri with her husband and son. She’s a member of SFWA and HWA, as well as the Four Horsemen of the Bookocalypse, her epic book critique group, where she’s known as Death. When she’s not swearing at the keyboard, she enjoys boating with her family at Lake of the Ozarks and reading books that raise eyebrows. 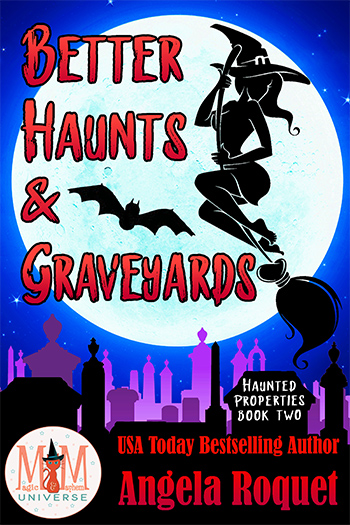