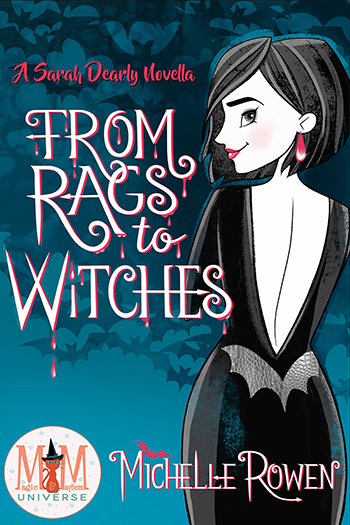 Remember the deli scene in When Harry Met Sally? As I watched with much excitement as Robyn Peterman launched the Magic & Mayhem Universe, I exclaimed: “I’ll have what she’s having!” Luckily, I already knew Robyn after enthusiastically giving her a blurb for her fabulously hilarious debut How Hard Can It Be?, so I was able to beg, plead, and bribe my way into the fold.

After taking a lengthy hiatus from writing funny paranormals (while focusing on her pseudonym Morgan Rhodes), Michelle Rowen is excited to be back hanging with vampires, demons, and witches. A former president of Toronto Romance Writers, Michelle lives in Mississauga, Ontario, where she refills her creative well by watching trashy reality TV, drinking a lot of delicious coffee, and occasionally writing about herself in the third person.